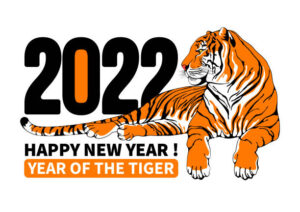 Since the 2022 New Mexico legislative session is a short one, this year only budget-related bills and those on the governor’s call can be considered.  Still, there are some matters that concern DOMs.  Please watch NMSAAM’s Facebook page and the blog at nmsaam.org for timely updates.

With the help of our lobbyists, NMSAAM has filed a bill to include DOMs working in rural parts of the state among the professions eligible for tax credits.  This bill, SB 115, has not yet been scheduled for a hearing as of this writing.

The lack of health care providers of all types outside urban areas of our state has been a problem for many years.  The legislature has tried to help by providing tax credits for some providers who work in rural areas, in hopes of keeping them there.  Also for many years, bills to expand these tax credits to more health care professions have been submitted and have failed to become law.

DOMs have never been included in these bills, despite our repeated contacts with the sponsors, and despite the fact that the sponsors have been willing to add other professions.  Chiropractors had been left out as well, but have finally been included in one of this year’s bills, HB 38, sponsored by Rep. Anthony Allison.  Another, Rep. Miguel Garcia’s HB 17, ignores both DOMs and DCs.

Why this is the case is still rather mysterious and is a subject to take up another day.  We  have discovered that the sponsors have been advised by the New Mexico Health Care Workforce Committee, which has never listed DOMs in its presentations on health care professions in the state.  We will pursue getting in contact with that committee and others working in public health policy to make sure they are educated about what DOMs can offer and what we have accomplished for our patients.

In light of all this, the NMSAAM board decided to file a bill of our own.  SB 115 also adds naturopathic doctors, who are not included in the other bills.

HB 17 and 38 were heard in the House Taxation and Revenue Committee, chaired by Rep. Christine Chandler, on January 29.  All the committee members were enthusiastic about trying to get more health care to rural areas.  Some pointed out that there could be better ways of giving incentives to live and work in those places, such as student loan forgiveness, instead of giving tax credits, but that tax credits would at least be something.  They expressed a desire to include all health care professions, and some even stated that they were doing so, even though clearly the sponsors were aware that DOMs, NDs and some others were being left out.

These bills were “gently tabled,” as the committee put it, meaning they were killed but lovingly so!  That is, legislators like them very much but they are being put aside to wait for the big effort toward tax reform that is slated for the 2023 session.  We expect that SB 115 will meet the same fate this year, but we want to take the opportunity to put our profession in front of the legislators on an equal basis with others, and lay groundwork for next year.

Let’s all redouble our efforts to tell anyone who will listen about our awesome medicine!  In particular, remind them that we can help fill in the yawning gaps in our state’s behavioral health system, something they may not even begin to realize.

As you probably know, for the past year the Superintendent of Insurance, Russell Toal, has been overseeing research by expert consultants on designing the nuts and bolts of the Health Security Plan.  This covers broad, complex subjects such as whether Medicaid can be integrated with the single-payer plan, and how providers will be paid and how much.  It’s a massive undertaking and it will require a great deal more work over the next year, with a lot more costs involved, but the plan is moving toward becoming reality!

SB 80 is a bill to allocate $1.5 million to continue this process.  It passed the Senate Health and Public Affairs Committee on January 26 and was sent on to Senate Finance.  If it dies there, all is not lost, because a good amount of “junior” budget money, dollars allocated to each legislator, has been contributed by the sponsors and others.

Superintendent Toal has said he will release reports from the consultants this week.