Now I Call Myself a Healer, by Dr. Eric Zhao, DOM 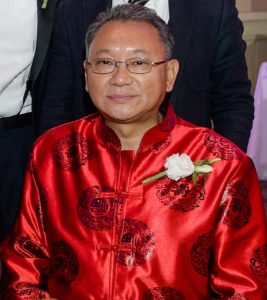 I got my O.M.D license in 1985 and started my career in Luo Yang Tumor hospital. I have been practicing herbs, acupuncture, surgery, chemotherapy, radiation, Tui Na, teaching since then. Now, I call myself a healer.

First, there is a doctor ranking for thousands of years in Chinese history:

In fact, for thousands years in China, there were a lot of doctors who got medical training and licenses but had no conscience to help people, instead did a lousy job because of the money. It is very similar with the current USA medical situation, like the insurance system and pharmaceutical companies, including dry needling issues started by PTs and chiropractors.

Second, TCM is the universal energy system, and the multiple dimensional interacting reality.

The basic theory is talking about the Yi Yang and five elements, the human relationship among the universe and the earth. But western medicine is just a 3D system, based on research and statistics, far away from the real universe. There is no comparison with TCM.

Third, TCM is a survival handbook for human beings on earth.

Historically, Chinese civilization is the only one that survived compared with ancient Egyptian, Babylonian, ancient India, Roman empire and ancient Greece. For over nine thousand years there was always someone who stepped out when there was a destructive danger for the Chinese nation; they removed the risks and kept the nation going. This kind of healing power I have been trying for decades in different countries.  I got a little bit of success, and I will share with my fellows.

Testimonial one:  An over two thousand year old farmer tax removed in China.

In December 2005, the over two thousand year old farmer tax was cancelled officially. At beginning when I got the news, I could not believe it, until I went to China to confirm it. There must be a lot of people who worked on it to improve the farmers’ life in China. I did it too. In 2002 I went to China and found out the farmers had a bad situation, and I reported to my friends who I had grown up with together since we were little, who worked at the State Department in China. In 2005 I went to China with my formal students from USA. We visited a lot of places include the countryside and villages. Afterwards, I reported the worsened farmers’ situation to the friends at the State Department again. Maybe it is coincidence, but it gave me a tremendous encouragement to verify  the TCM healing power.

Testimonial two: Over a thousand students at Desert Ridge middle school took no sick leave during the winter season.

I have been a volunteer at APS since 2007 as a Watch Dog or crossing guard, and communicating with the admission and nurse’s offices. Every winter there are a lot of kids sick and it becomes a flu wave at school. I found out that not only the kids but also the teachers dressed too little during the winter seasons. I started to force a warm dressing code with the admission and nurse’s offices and PTA meetings, especially at my volunteer periods. Last winter [2018-19] the nurse Ms. Christina reported there was not one student out sick at the Desert Ridge Middle School.

Testimonial Three: No APD police officer shot themselves for over four years.

As everyone knows, there were suicides by police officers reported on the news, a few cases per year, four years ago.  I have quite a few police officers as my patients;  some of them are sergeants.  One day a sergeant was very depressed because one of her men killed himself. I asked about the whole team working style and individual conditions, then I found out the working style was the issue. I suggested reformation based on TCM theory repeatedly to the sergeants, and I got feedback about how hard it was to fight with the management of APD. For over four years there have been no reports of the suicides of officers in APD, yet.

I have been a volunteer at a Buddhist temple near Taos since 2005 until now.  When I was going  to the temple the brothers and sisters did not have severe health problems with my treatments. In 2015, for some reason I could not go as often as before, and some other doctor started going to the temple. They suggested a dairy diet to the sisters. In Chinese Buddhist diet, animal production is forbidden.  Over decades the sisters and brothers never had dairy food in their diet until then.  Unfortunately, since they started dairy food, one sister passed away, three sisters got breasts cancer and went through mastectomy, radiation and chemotherapy, all within two years.  In 2017, I was asked to go to the temple again to be a volunteer. I shared the information about the poison dairy food causing the desperate condition. There are five steroids and a thousand pharmaceutical drugs okayed by the FDA for dairy farms to use. Frankly, dairy foods are poison. For over two years since, there has been no critical health condition at the temple.

Last October,  I started to be a community faculty member at the UNM school of medicine. The reason to go is to find out how to plant a seed of healing into a medical student or a medical doctor or a professor. Little by little they will be aware that healing is a multiple dimensional power.  I found out I am the only DOM there, and there are more and more medical doctors willing to listen to my chinglish speaking about the healing theory.  I believe every human being has conscience, we just need to enlighten them to reform a healing medical system.

The healing power is unlimited in the universe, the healer is a transportation unit, the power is in our daily life. I don’t think we need put the most force at the battlefield with PTs and chiropractors.  We can start different battlefields at all directions and all dimensions.  The power of TCM is healing.  We DOMs should show the healing power at all levels.

NMSAAM Communications in 2021: We do want to share this message from this well-respected and beloved senior acupuncturist, and we are pleased that it was not lost after transitions within this volunteer group, the process of transitioning to the 2019 ASA Web platform, or the current Covid pandemic.

We thank previous NMSAAM secretary, Dr. Elene Gusch for her help in 2019. She said that at the 2019 NMSAAM annual meeting, Dr. Eric Zhao asked for time to express his thoughts on our profession’s priorities and the true meaning of our medicine.  His opinion was that we should not spend our energy worrying about what other professions are doing, as they are not using the real principles of our medicine, and that we should concentrate on spreading the healing that we are capable of.  Some months later he wrote the above message, asking her to edit it for clearer English.